A prominent Afrikaner, he defended the separation of the races before helping to dismantle that system, leading to his sharing the Nobel Peace Prize with Nelson Mandela.,

A prominent Afrikaner, he defended the separation of the races before helping to dismantle that system, leading to his sharing the Nobel Peace Prize with Nelson Mandela.

F.W. de Klerk and Nelson Mandela in 1994. They shared the Nobel Peace Prize for negotiating the end of the apartheid state.Credit…Juda Ngwenya/Reuters 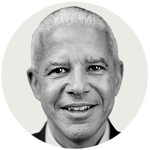 F.W. de Klerk, who as president of South Africa dismantled the apartheid system that he and his ancestors had helped put in place, died at his home near Cape Town on Thursday. He was 85.

His death was confirmed by the F.W. de Klerk Foundation, which said in a statement that he had been receiving treatment for cancer.

A member of a prominent Afrikaner family, Mr. de Klerk had vehemently defended the separation of the races during his long climb up the political ladder. But once he took over as president in 1989, he stunned his deeply divided nation, and the wider world, by reconsidering South Africa’s racist ways, a step that led to his sharing the Nobel Peace Prize with Nelson Mandela, whom he had released from prison.

South Africa had become such a pariah in the eyes of the world by the 1980s, its internal strife and tainted reputation so disruptive to the economy, that Mr. de Klerk argued that the country’s future depended on a new course.

“He didn’t say apartheid was bad or immoral, but that he had decided it wasn’t going to work,” said Herman J. Cohen, who held talks with Mr. de Klerk during that tumultuous time as the State Department’s top Africa adviser in the administration of President George H.W. Bush.

With its web of insidious laws doling out rights, privileges and even meal sizes in prisons based on skin color, apartheid was not easy to undo; ending it required years of legislative action and significant national angst. But when Mr. de Klerk in 1990 announced the lifting of the 30-year ban on the African National Congress and the release from prison of its most prominent leader, Mr. Mandela, he set in motion a transformation so powerful that it quickly pushed him to the margins.

He then sought to transform the National Party, which his grandfather had helped create, from a white-dominated organization into a multiracial one with the clout of the A.N.C., but those efforts fizzled. Frustrated by internal party tensions and criticism from the country’s Truth and Reconciliation Commission, which investigated the country’s past, Mr. de Klerk announced his retirement from politics in 1997.

He and Mr. Mandela shared the peace prize in 1993, cited for their joint efforts at remaking the country, although their relationship was less harmonious than it seemed. Mr. de Klerk complained in his autobiography, “The Last Trek — A New Beginning,” that he felt underappreciated and at times was openly attacked by Mr. Mandela during celebrations surrounding the award.

“I was seething,” he wrote of a frank speech Mr. Mandela made in Sweden after the prize ceremony. “It was only with the greatest self-control that I once again managed to bite my tongue and not shatter once and for all the illusion that there was a cordial relationship between me and Mandela.”

He added: “It was ironic that we had both traveled so far to be granted the world’s highest accolade for peace and reconciliation — while the relationship between us was characterized by so much vitriol and suspicion.”

In his own autobiography, “Long Walk to Freedom,” Mr. Mandela characterized his relationship with Mr. de Klerk as one born of necessity. “To make peace with an enemy,” he wrote, “one must work with that enemy, and that enemy becomes one’s partner.”

Although the two men would become symbols of racial harmony, their likenesses sold in South African shops on T-shirts and as salt and pepper shakers, Mr. Mandela was circumspect in his praise of Mr. de Klerk’s role in ending apartheid.

“Despite his seemingly progressive actions,” Mr. Mandela wrote, “Mr. de Klerk was by no means the great emancipator. He was a gradualist, a careful pragmatist. He did not make any of his reforms with the intention of putting himself out of power. He made them for precisely the opposite reason: to ensure power for the Afrikaner in a new dispensation.”

As a new generation of Black South Africans found their voice, Mr. de Klerk’s legacy faced increasing criticism. In a final message — a video released by his foundation hours after his death — he clarified his stance on apartheid. In particular, he spoke to those who he said did not believe his apology for the pain and indignity caused by racist policies, and apologized once again, “without qualification.”

“Allow me in this last message to share with you the fact that since the early ’80s, my views changed completely,” Mr. de Klerk said, looking frail, his voice shaking. “It was as if I had a conversion and in my heart of hearts realized that apartheid was wrong.”

He is survived by his wife, Elita, and his children Jan and Susan, his foundation said.

Frederik Willem de Klerk was born in Johannesburg on March 18, 1936, to a family steeped in the politics of the Afrikaners, descendants of the Dutch and Huguenot settlers who arrived in southern Africa in the 17th century. His father, Jan de Klerk, a headmaster, became a cabinet member under three prime ministers and president of the Senate. His uncle, Hans Strijdom, a fervent advocate of apartheid, was prime minister in the 1950s.

His grandfather, also named Willem, was a proud Afrikaner, having been arrested on treason charges by the British before becoming a minister and a founding member of the National Party.

“Politics,” Mr. de Klerk wrote in his autobiography, “was in my blood.”

Trained as a lawyer at Potchefstroom University for Christian Higher Education, Mr. de Klerk became a member of P.W. Botha‘s cabinet and of B.J. Vorster‘s administration before that. He sometimes sided with racial hard-liners within his party, and he was one of the cabinet ministers who went to Mr. Botha in 1986 and demanded that Foreign Minister Roelof F. Botha be ordered to recant a prediction that South Africa might one day have a Black president.

In his book “Move Your Shadow,” Joseph Lelyveld, a former executive editor of The New York Times who had reported from South Africa as a correspondent for the paper, recalled asking Mr. de Klerk, then a young cabinet member, about the death in police custody of a white man accused of sympathizing with the A.N.C. Mr. de Klerk told of being angry upon learning of the death. Why? “I knew how it would be used against us,” he said.

Mr. de Klerk’s admirers portrayed those moves as an indication that he was a canny politician who knew that moving South Africa away from apartheid could only come from someone well respected by the country’s conservatives. Others viewed him as less visionary and more practical, cognizant that white people’s hold over the Black majority was slipping.

It was not lost on Mr. de Klerk that in dismantling apartheid, he was undoing much of the work that his ancestors had struggled for decades to put in place.