Protesters demanding civilian rule flooded into the streets of major cities a day after a military takeover. Many schools, banks and shops shut, answering a call for civil disobedience from pro-democracy groups., 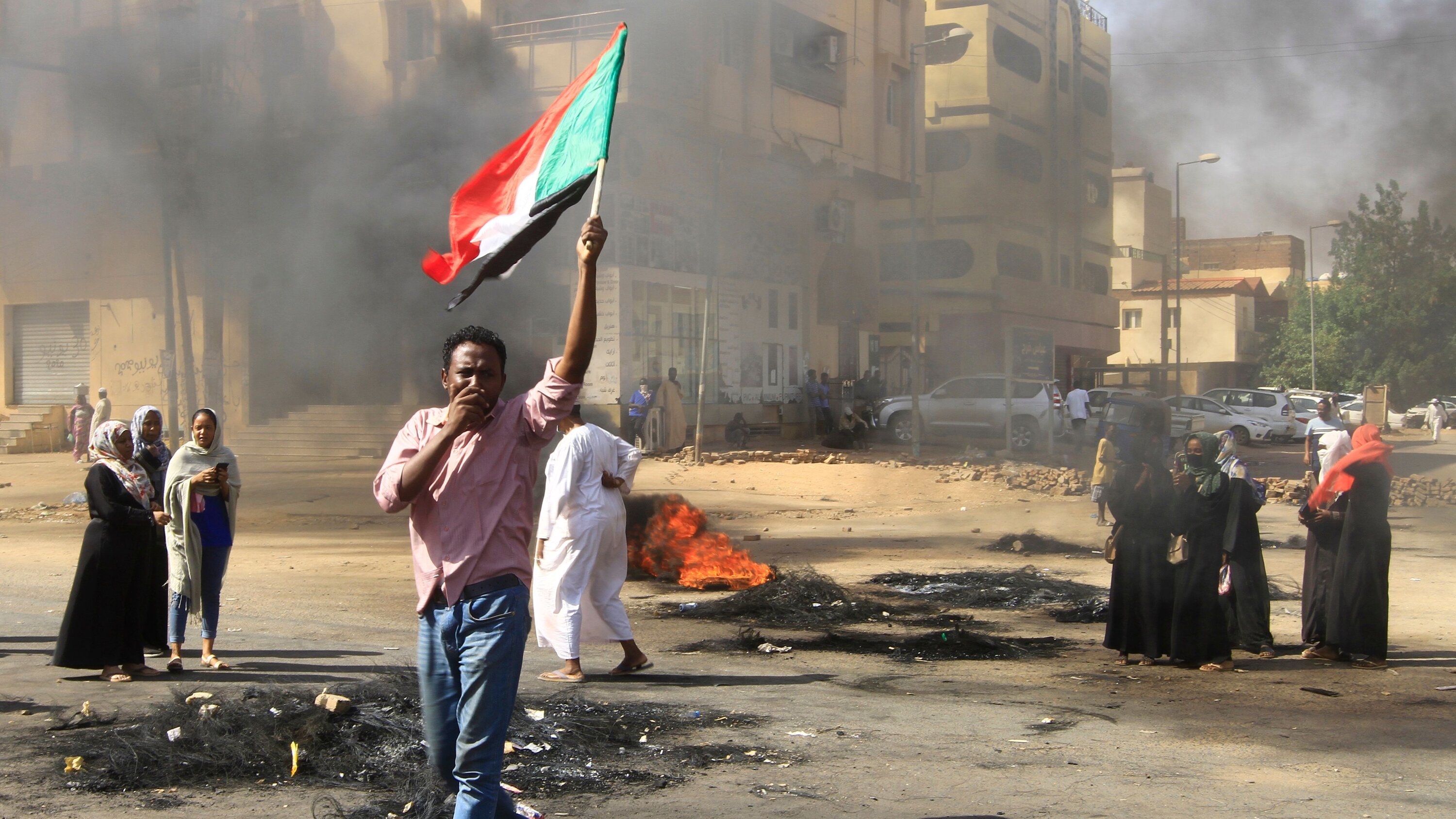 A day after he seized power in Sudan, the country’s top general said on Tuesday that he is detaining the civilian prime minister in his own home, and defended the coup as necessary for stability — even as large crowds of protesters flooded the streets of the capital and other major cities to resist the military takeover.

The general and the prime minister had been the top leaders of a military-civilian power-sharing government set up in 2019 that was expected to lead the country through a democratic transition until elections could be held in 2022.

But when the general seized power on Monday, and the prime minister refused to issue a statement in support of the coup, the prime minister was kidnapped along with his wife, the information ministry said. General al-Burhan insisted on Tuesday, however, “He was not kidnapped. He was not assaulted or tortured.”

Pro-democracy groups called for civil disobedience to demonstrate against the military seizure of power, and in response, schools, shops and banks closed their doors on Tuesday.

The protests even after the coup demonstrated the resolve of many Sudanese to resist rather than return to military-led, authoritarian rule, even as there is frustration over growing economic hardships.

At least four people were killed and more than 80 injured on Monday after security forces fired on protesters who gathered outside the army headquarters in Khartoum, according to the Sudan Doctors’ Committee. Reports by news agencies of a higher death toll could not be confirmed.

The scenes have been reminiscent of 2019, when thousands of protesters came to the streets in a revolt that ultimately ended three decades of dictatorship under Omar Hassan al-Bashir.

General al-Burhan, the military chief who led the now-dissolved Sovereignty Council overseeing the democratic transition, said the moves were meant to protect the country’s security and future. But the coup came just weeks before General al-Burhan was supposed to surrender his position to a civilian — which would have put Sudan under full civilian control for the first time since 1989.

The coup leaders promised to appoint a government that would prepare for an election in July 2023, a pledge met with deep skepticism by many Sudanese after the events of Monday. He made clear that the military intended to stay firmly in charge until that vote.

Demonstrators demanding a return to civilian rule and the release of the detained officials burned tires and barricaded roads with large bricks and stones in the capital, Khartoum, overnight and in the early hours of Tuesday, with some bringing makeshift beds to sleep in the streets.

But the streets of Khartoum and 14 other cities turned quiet after clashes and protests overnight, according to witnesses, with stores and businesses largely closed in observance of the call for civil disobedience.

In Omdurman, the city neighboring Khartoum, hundreds of protesters defied orders to stay indoors, flooding the streets at night as some mosque loudspeakers broadcast calls for people to join the revolution.

Some of the protesters who had gathered outside the army headquarters in Khartoum on Monday said the military pursued them as they retreated, prompting them to put up roadblocks in their areas.

“We went back to our neighborhoods but the military followed us,” said Iman Ahmed, a protester who said she saw dozens of wounded people at the military headquarters on Monday. “We put up barricades to stop their vehicles from entering.”

The government’s Culture and Information Ministry said on Monday in Facebook posts that workers at both federal and state government offices, central bank employees and members of the Khartoum tax workers’ union, among others, would boycott work.

The United States froze $700 million in direct assistance to Sudan’s government on Monday and demanded that the detained civilian leaders be released.

“The United States rejects the dissolution of the transitional government in Sudan by security forces and calls for its immediate restoration without preconditions,” Secretary of State Antony Blinken said in a Twitter post.